Wake Up Boo! Go get a Pizza at Papa John's!!

I don't feel like being depressed about the election anymore. This used to be a favorite song of mine.

While you're at it, please, if you can, STOP BY PAPA JOHN'S TODAY. It's  National Papa John's appreciation day, because they're brave enough to say what ObamaCare means to businesses across the country and leftists are threatening boycott.

It looks like they were specifically trying to hide the fact that this was terrorism. Go to Imam Barack for comments as to why this would be.
Posted by guitartom47 at 8:29 AM No comments:

Egypt rushes to support Hamas terrorists. Why are we still funding them? 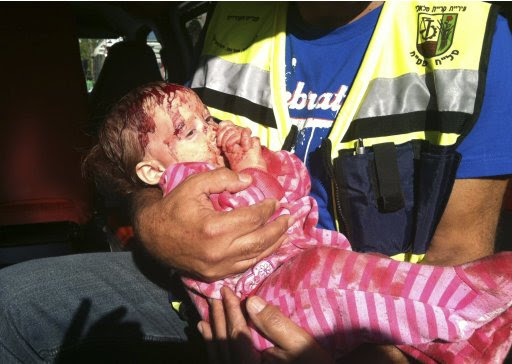 Hamas militants in the Gaza Strip say they have launched a rocket on Jerusalem - the first time the holy city has been targeted from Gaza.

Israel Army radio said the missile landed just outside the city - and there are no reported casualties. An earlier missile targeted Tel Aviv.

Egypt's leader has vowed to back Gaza in the face of "blatant aggression".

I firmly believe this. The fact that all of the reports of rocket attacks on Israel come immediately following the US election is not just coincidence.

Obama, through his idealistic view of the Islamists, has helped them come into power throughout the Middle East. Now we have President Mohammed Mursi of Egypt rushing to the aid of Israel's enemies.

Yeah, I don't care who's responsible. This is almost worse (not really) than Obama being reelected. When I was a kid, anything in my lunch that was a twinkie was a good thing. Twinkie was quite literally love to me.


The BCTGM in September rejected a last, best and final offer from Hostess Brands designed to lower costs so that the Company could attract new financing and emerge from Chapter 11. Hostess Brands then received Court authority on Oct. 3 to unilaterally impose changes to the BCTGM’s collective bargaining agreements.

Hostess Brands is unprofitable under its current cost structure, much of which is determined by union wages and pension costs. The offer to the BCTGM included wage, benefit and work rule concessions but also gave Hostess Brands’ 12 unions a 25 percent ownership stake in the company, representation on its Board of Directors and $100 million in reorganized Hostess Brands’ debt.

“We deeply regret the necessity of today’s decision, but we do not have the financial resources to weather an extended nationwide strike,” said Gregory F. Rayburn, chief executive officer. “Hostess Brands will move promptly to lay off most of its 18,500-member workforce and focus on selling its assets to the highest bidders.”

This shows how unions directly influence the cost of goods and services, thereby driving the cost of living up, thereby needing more money for that 'living wage', causing need for more 'negotiations' with unions wanting more, eventually driving companies out of business, unless, like USPS, the 'company' is guaranteed by the Constitution or bailed out in some kind of kabooki theater like GM -- (GM is going down and we're all going down!! The world is coming to and end!!).

Interestingly, the Twinkie case is a good illustration of just how long a company can last by going through bankruptcy. Still think GM wouldn't be around? Think again. Hostess had already been through bankruptcy before this.

So in the end, BCGTM has shut down all jobs within Hostess Brands, not just their own. Good luck to them in their future careers.


"Most employees who lose their jobs should be eligible for government-provided unemployment benefits," Hostess said.

Guess we'll all pay in the end for union stupidity.
Posted by guitartom47 at 7:48 AM No comments:

Union thugs may lose their jobs at Hostess forever.


Hostess Brands CEO said Wednesday the company will liquidate unless striking workers return to the job by the end of the day on Thursday.

"We simply do not have the financial resources to survive an ongoing national strike," Greg Rayburn said in a statement.

Workers are protesting a contract imposed by a bankruptcy court. The bakers union has called the contract "outrageous."

A liquidation would result in more than 18,000 workers losing their jobs.

Over the weekend, workers in the Bakery, Confectionary, Tobacco Workers and Grain Millers International Union, or BCTGM, went on strike at Hostess-owned plants in several states. The strike includes workers at the Dolly Madison plant in Emporia.
Hostess filed for bankruptcy in January, the second time it has done so since 2004.

Union employees in Emporia say in August of last year the company stopped giving them their pension earning. They say it now wants to cut wages by eight percent.

"You put in the time, you put in the years, I mean, we all have dedicated our lives to the company and they just don't appreciate it," said one striking worker.

I'm sure they don't appreciate that the unions won't negotiate.

I have a hard time imagining that Hostess Brands would want to completely shut down their operation. They are the largest baker in the United States and they've been around forever! Throw this one on the union greed pile. In a faltering economy, they expect to make the same wages they always did and keep their jobs. good luck with that. We're all hurting. Food prices are up. People are buying generic brands. Energy prices are up, and there is no end in sight.

My best wishes go to Hostess. I'm sure the left will have a heyday with them if they close, trying to make them out to be the "greedy rich."
Posted by guitartom47 at 8:09 AM No comments:

The U.S. Postal Service said its net loss last year widened to $15.9 billion, more than the $15 billion it had projected, as mail volume continued to drop, falling 5 percent.

Without action by Congress, the service will run out of cash on Oct. 15, 2013, after it makes a required workers compensation payment to the U.S. Labor Department and before revenue typically jumps with holiday season mailing, Chief Financial Officer Joe Corbett said.

The service, whose fiscal year ended Sept. 30, lost $5.1 billion a year earlier. It announced the net loss today at a meeting at its Washington headquarters.

“We are walking a financial tightrope,” Postmaster General Patrick Donahoe said at the meeting. “Will we ever stop delivering the mail? It will never happen. We are simply too important to the economy and the flow of commerce.”


FedEx Express, a subsidiary of FedEx Corp. (NYS: FDX) announced today that it has been recognized as one of the top 10 World's Best Multinational Workplaces by Great Place to Work® Institute for the second year in a row. The ranking is the world's largest annual study of workplace excellence and identifies the top 25 best multinationals in terms of workplace culture.

"I am delighted that FedEx Express has once again been named among the world's best multi-national workplaces," said David J. Bronczek, president and chief executive officer of FedEx Express. "This is the second consecutive year we achieved this prestigious global ranking. This award serves as another testament to our unique service culture and to our people and operating teams around the world who go above and beyond for our customers every day."

Yes, the USPS is a critical part of our life. Yes, I think it should be privatized completely, with little or no government help. Let capitalism take it's natural course and force the USPS to streamline and become competitive. As the years have progressed, much of their business has been taken up by corporations not run by the government -- FedEx, UPS and the entire internet, to name a few. There are entrepreneurs out there who would be glad to pick up the slack, should the USPS be forced into a position where they couldn't function anymore. The unions don't help. I have relatives (staunch democrats) who work at the post office, who are constantly talking about the dysfunction caused by the union.

The last time I had to deliver something  using the local post office, my experience was, to my surprise, pleasant. This was the exception rather than the rule. Speed is not of the essence when you're postal employee.

Death of a terrorist.

Yup. Israel knows how to defend herself.

And what has Barack Obama done so far about Benghazi? Oh yeah. He arrested that guy who made a video.
Posted by guitartom47 at 9:04 AM No comments: